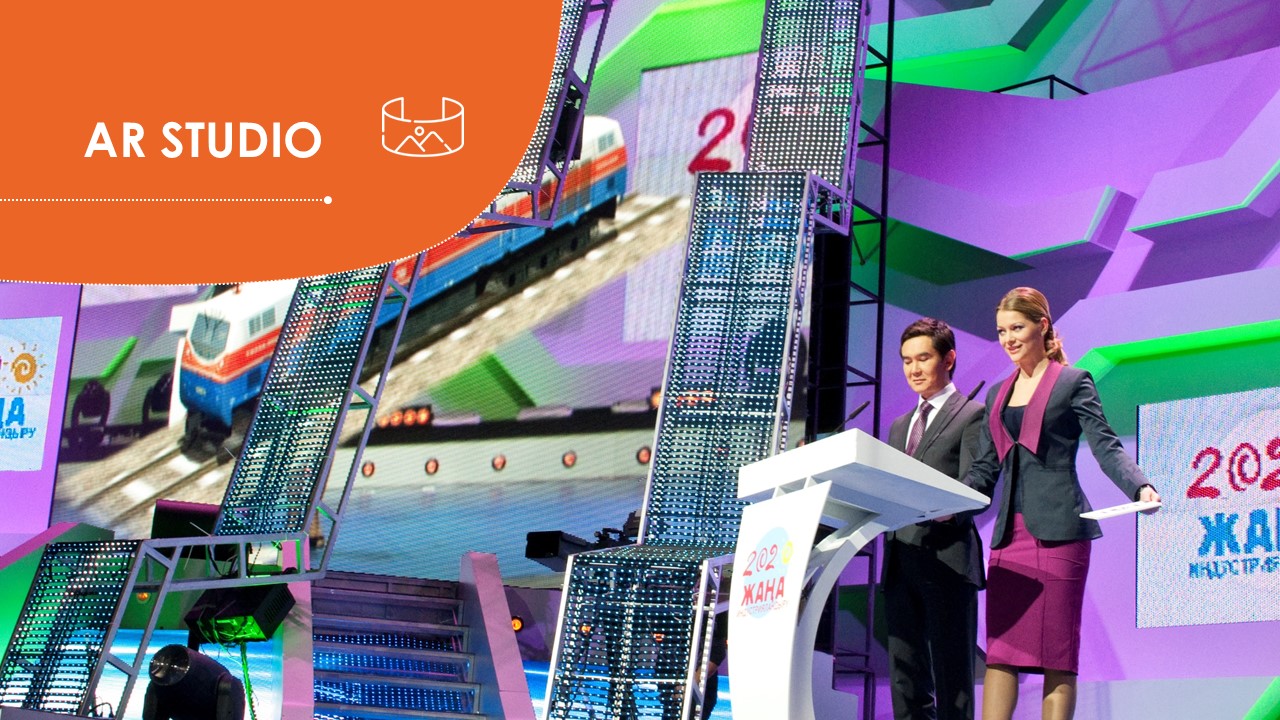 On December 9, 2011 a national teleconference was held in Astana, Kazakhstan to present the projects of the Industrialization Map launched in the second half of 2011. The event took place in the Republican cycle track "Saryarka" and one of the participats was the President Nursultan Nazarbayev.

It was decided by the organizers to present the Republic's industrial projects in augmented reality.

To make this event happen our innovative AR Studio was used on the big stage. Several additional cameras were installed to ensure smooth video signal transmission for the teleconference broadcasting.

Two hosts conducted the event, presenting industrial projects that were launched during the teleconference in different parts of the country. At the same time the hosts were using AR markers to show animated 3D models of plants, reservoirs, locomotives, new metro stations, hydroelectric turbines and other objects.

The models appeared in their hands like real magic accompanied by loud repetitive applause of the spectators. Realistic textures and the high quality of the models gave viewers the opportunity to examine all augmented reality objects on the big screen in small details.

Specifically for this event in Kazakhstan EligoVision developed a system for automatic exposure and image scaling which helped to manipulate with and zoom in/out the video signal from the front camera of the AR Studio. The teleconference turned out to be a huge national success.