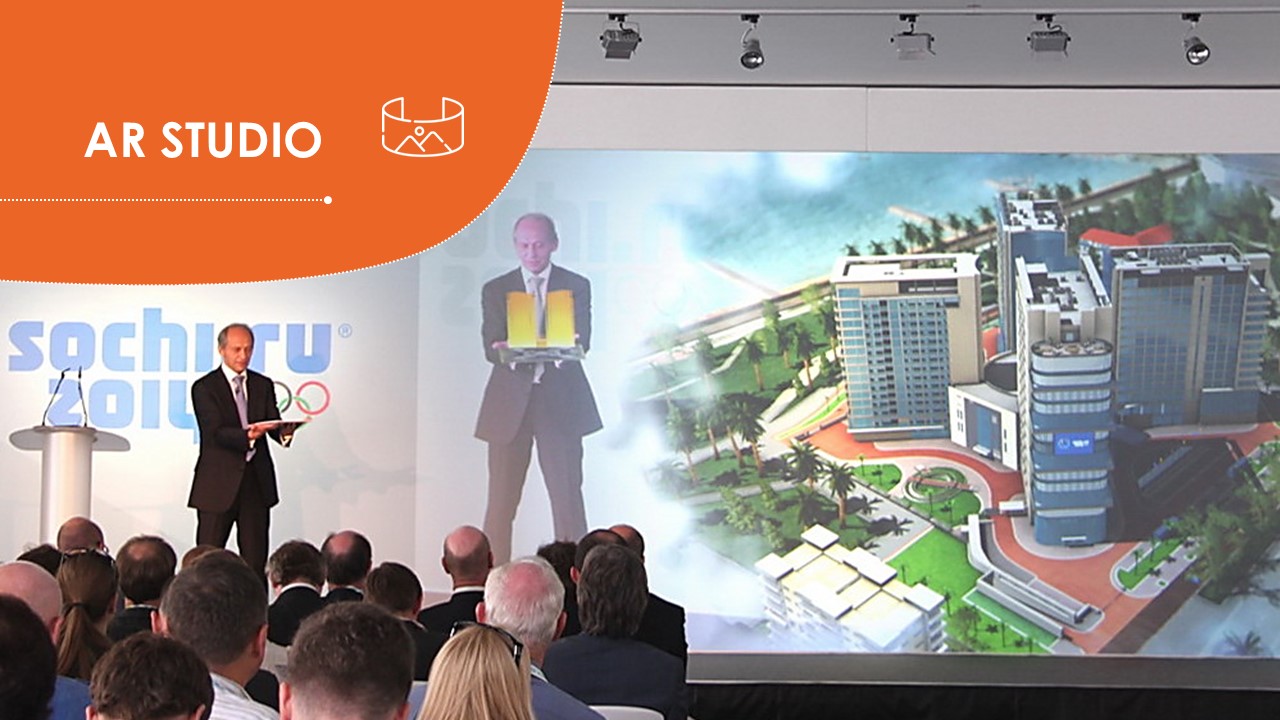 The main objective of the project was to present the new Olympics University (RIOU) infrastructure and the Master of Sport Administration (MSA) educational program during 2012 Summer Olympics in London.

Since at the time of presentation the university campus was still under construction, it was important to focus on its unique location - the soon-to-be capital of the Winter Olympics of 2014 – the city of Sochi, as well as to show the technically equipped campus premises and their future interiors. To demonstrate all the advantages of this project the AR Studio installation on the big stage was chosen.

General Director of RIOU Lev Belousov opened the presentation with a story about a unique university construction project demonstrating regular 2D visuals - pptx slides. The final slide however had a special goal - it moved the spectators from London to Sochi in an animated plane. The moment when the plane on the slide “landed” in the capital of the Winter Olympic Games of 2014 was the starting point for launching the presentation with augmented reality.

At that moment an augmented portal appeared on the big screen - a virtual window with a view of the coastline of Sochi. The image of the speaker from the front camera was duplicated on the screen and augmented by the 3D virtual scene around him. This way we managed to create an effect of the speaker's presence not only in London but also on site of the university campus too. The portal was not the only augmentation of the performance, the speaker also used a set of AR markers to enhance and interact with his presentation..

The non-linear interactive scenario allowed the speaker not only to talk about the project as much as was necessary at a particular moment, but also to change the sequence of AR scenes during the demonstration.