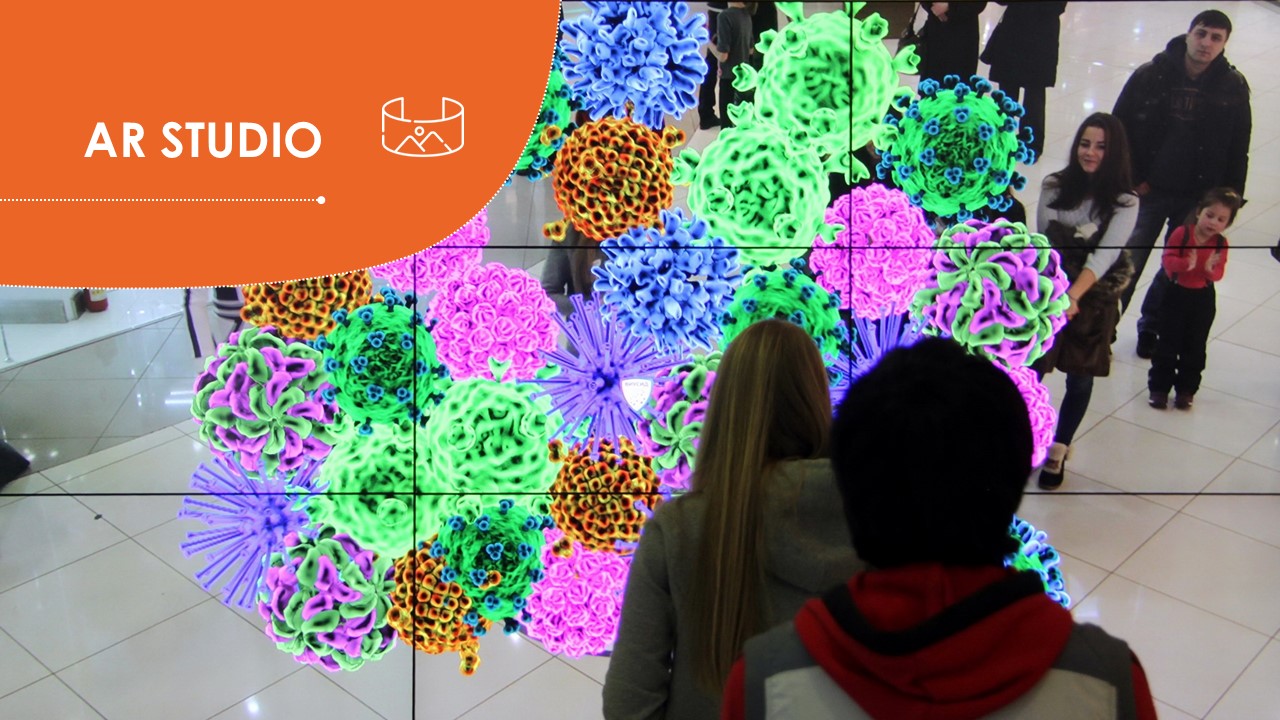 The customer's main goal was to create a viral advertising video for a medical product. In order to attract attention of the wide range of youtube users it was decided to create a dynamic promo game using the technology of augmented reality.

In this project AR studio was used. While the interactive system in the shopping mall was inactive, an animated splash screen was demonstrated with an instruction for a game.

To start the game, a player had to stand on the floor mark in front of the screen. The timer turned on, and virtual viruses began flying onto a person imitating the viruses attack. In order to save himself from the viruses a player used a special shield which aslo served as an AR marker.

There were only two options: a player either won the AR game and then this phrased appeared on the screen "You repelled a virus attack! Congratulations!" or a player lost the game and then he saw another phrase "Viruses have won! Work on your immunity!"

Those who managed to win got memorable prizes - warm branded scarves.

The goal of the project was 100% achieved. People of all ages showed huge interest to the game! As a result a viral video was mounted, launched and collected close to a million views on youtube.