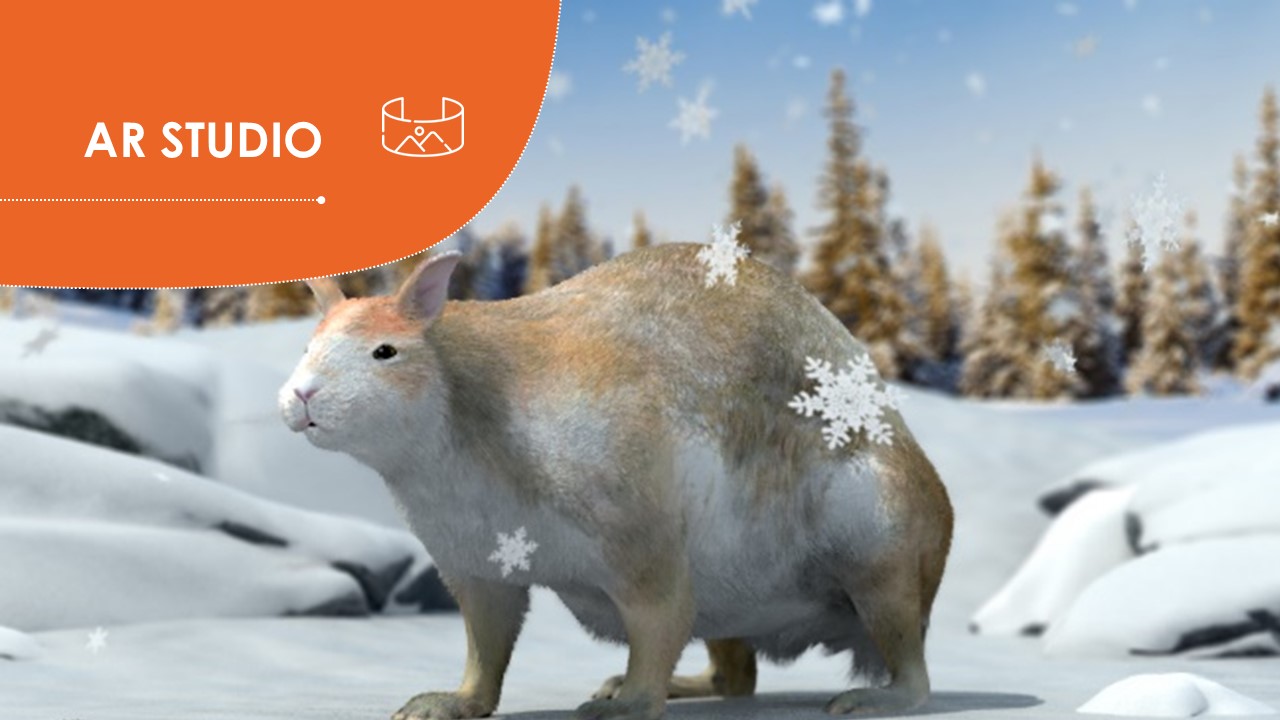 The museums of the XXI century have learned a new language - a language of interaction. Innovative edutainment spaces and installations are appearing in museum halls these days.

The Museum of Natural History of Tatarstan in the city of Kazan is a great example of such a museum with its augmented reality installation on a large screen called "Ice Age" that was launched back in 2013 and is still amazingly popular among all visitors 0+!

To start interaction one should step on the snowy white mark on the floor right in front of the screen. The same moment the AR studio camera recognizes a user and the icy crust on a big screen melts away showing a 3D location - a virtual winter scene that is augmented by the real image from the camera placing a user on a virtual snow. And the very next moment the real magic of the Ice Age starts.

Both EligoVision team and the museum experts worked in close collaboration in order to create animated virtual replicas of the instinct mammals. Many different animals behaviours were designed and put live in the augmented reality format. That is the reason why the three chosen creatures of the Ice Age: the tiger, the mammoth and the rabbit look so natural onscreen.

This installation is permanent and up till now each and everyone can get involved into live interaction with these amazing ice age creatures. Just go and visit the Museum of Natural History located right inside the territory of the Kremlin of Kazan, Russia.